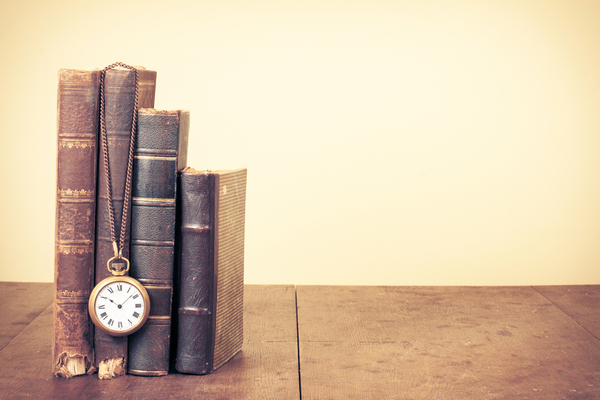 The following article was written by Prof. Rob Natelson, one of the nation's leading Article V scholars. It's the first in a six-part series that will explain everything you need to know about the Article V process. Prof. Natelson begins the first installment by reviewing the current movements to call a Convention of States, after which he concludes...

My own assessment is that there is a significant chance that an amendments convention will meet within the next few years. I am not alone in so concluding: Many political leaders agree. In fact, several organizations of state lawmakers are actively planning for a convention.

Because such a “Convention for proposing Amendments” has never been held, many writers have posed questions about its composition, how its members would be selected, what its procedures would be and how much power it would have. This series of postings answers those questions and several others as well.

There are six installments in the series. This Part I thumbnails the historical background against which the framers drafted Article V. Part II examines the drafting and ratification of Article V’s convention language. Part III surveys its history from the time of the founding to the middle of the 19th and 20th centuries. Part IV summarizes the main holdings of Article V case law. Part V addresses misconceptions about the convention process that have entered popular mythology. Part VI predicts how the process will unfold when the first set of state applications passes the critical threshold.

Article V of the Constitution delineates the amendment process. To become part of the Constitution, an amendment must be ratified by legislatures or by conventions in three-fourths of the states — that is, by 38 of 50. Congress chooses whether ratification will be by state conventions, as in the case of the 21st Amendment (repealing Prohibition), or by state legislatures (as in the case of all other amendments).

Before being considered for ratification, the amendment first must beproposed. There are only two vehicles for proposing: (1) Congress and (2) a “Convention for proposing Amendments.” To date, all proposed amendments have come from Congress. As noted above, that may change within the next few years.

In traditional Anglo-American political usage, a “convention” is an assembly, other than a legislature, convened to address short-term political problems. The assembly that restored the English monarchy after a failed experiment in republicanism was styled a “convention parliament” (1660). So also was the assembly that invited William of Orange and his wife, Mary Stuart, to assume the throne after the ouster of James II (1688-89).

In America, conventions traditionally fall into one of two categories. The first category consists of those that address issues within particular polities — that is, within individual colonies or states. Their membership generally is elected directly by the people or by subdivisions within the polity, such as towns or counties. Immediately preceding the Revolutionary War, such conventions assumed the governance of the colonies and some of them wrote new state constitutions. Other specimens within this category are the state conventions that ratified the Constitution and the 21st Amendment as well as modern state constitutional conventions.

The second category of American conventions consists of multi-government gatherings charged with addressing interstate issues. Before the creation of the Second Continental Congress, this kind of meeting was referred to by the word “congress” as well as “convention.” After “congress” became associated with the national legislature, interstate gatherings usually were called committees of states or conventions of states. The founders envisioned the “Convention for proposing Amendments” as one kind of convention of states.

A convention of states is a diplomatic meeting among equal semi-sovereigns. If the states invited are all in one region of the country, the gathering is a partial or regional convention. If states are invited from all regions, it is a general convention. Regional and general conventions traditionally have followed the same protocols, originally based on international practice.

The first American convention met in 1689 to oversee dissolution of James II’s hated “Dominion of New England.” Multi-government conventions soon became popular for addressing inter-colonial problems: Between 1689 and 1776, there were at least 20 of them.

Benjamin Franklin represented Pennsylvania at one, and in his capacity as a printer he reproduced the minutes of several.

Before independence, the usual reasons for a multi-colony convention were to coordinate continental defense or to negotiate treaties with Indian tribes. Perhaps the most famous example before the Revolutionary Era was the Albany Congress of 1754, a general convention attended by seven or eight colonies (depending on how one counts) and by the Iroquois nations.

In 1765, the nine-colony convention known as the Stamp Act Congress convened, and in 1774 the 12-colony First Continental Congress met, both to coordinate common responses to British policy.

After independence, resort to the convention device accelerated. At least 11 met between 1776 and 1787. Their agendas included military supply and strategy, price inflation, trade and constitutional reform.

In addition, there were several unsuccessful calls: The Continental Congress called for conventions in Fredericksburg, Va., and Charleston, S.C. Massachusetts called for a meeting of New York and the New England states in Hartford. In 1786, the Chesapeake Bay states agreed to meet, but events outstripped their agenda.

By 1787, the protocols for interstate conventions had become standardized and generally accepted and understood. The procedure began when Congress, a prior convention, or (most commonly) a state drafted a document referred to as a “call” or “application.” This document specified the time and place of initial meeting and the subject matter. The sponsor directed the call or application to the states it wished to invite. The scope of the call might be, although usually was not, the subject of preliminary negotiation among the states concerned.

Upon convening, the group elected officers and adopted rules. Although participants occasionally flirted with other suffrage schemes, ultimately every convention seems to have retained the rule of “one state/one vote.” This formula reflected the participating governments’ status as co-equal semi-sovereignties.

Today we might call a multi-state convention a “task force” — a group assigned one or more problems and commissioned to find solutions. In convention practice, the problems are identified in the call. During the Founding Era, the call could invite the states to proceed by “pledging their faith,” by which all states agreed to be bound by the convention’s resolutions. More often, the call asked only for recommendations subject to state approval.

The authority of a convention of states (or colonies) always has been limited to the scope of the call. State instructions to commissioners might effectively circumscribe it further. When the 1754 Albany Congress arguably exceeded its call by proposing a continental “Plan of Union,” most colonies rejected the plan without considering its merits. For reasons I have explained elsewhere, the common claim that the 1787 Constitutional Convention exceeded its call is substantially erroneous.