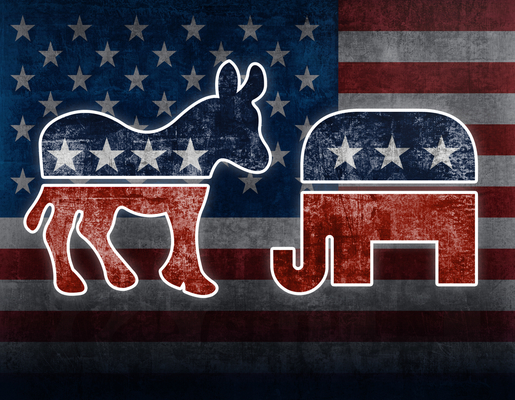 The following article was written by Michael J. Alexander and published on the Western Free Press.

Just when you think things couldn’t possibly get any worse, along comes Paul Ryan, the new face of Counterfeit Conservatism, and in his first budget deal with the Democrats in Congress, gives Obama everything he could every dream of, and then some.

Actually, we shouldn’t be surprised by this at all. What SHOULD surprise us is how numb we are as a people. What is it going to take before we realize that they are ALL in on it?

We no longer have a two-party system… other than a handful of conservatives relegated to obscurity, there are virtually no Republicans left, other than in name only, and there haven’t been any true Democrats since Clinton’s failed impeachment. What we have now is a UniParty, an absolute, top-down Central Government run exclusively by the ruling class, unrestrained by the irrelevant will of the people.

We have a Legislative branch that has conceded its congressional authority and responsibilities to an Executive branch which is now free to rule by fiat with a phone, a pen, and with unelected and unaccountable bureaucrats in so many alphabet agencies that no one truly knows how many there are, nor how many rules, regulations and policies they’ve written, all aided and abetted by a rubber-stamp Judicial branch that looks the other way while rejecting legitimate appeals for fairness and justice by the people in the states. [...]

The Framers of the Constitution actually predicted that this day would come, when the federal government, in its drive to amass unlimited centralized power, would eventually place itself beyond the reach of the states. You won’t find that prediction in the Constitution, but you will find the remedy. Thankfully, they provided Article V – to be used by the state legislatures to cure any defects identified during the course of self-governance. It gives state legislatures the power and the responsibility to remind the federal government that it is a creation of the states, that its powers emanate entirely from the states, that its legitimacy and its ultimate existence rely wholly on the consent of the governed.

We the People have the power. We have the right and the authority to close the “loopholes” in the language that the Courts use to gradually strip us of our liberties. Article V of the Constitution not only gives us the right, but the responsibility to remedy these defects. To do anything less, to ignore the creeping, soft-tyranny of incremental subversion of the Republic is to deny the legacy of our Founding Fathers. They gave us Article V as a weapon against such contingencies… all we need now is the courage to use it.

Click here to read more from the Western Free Press.