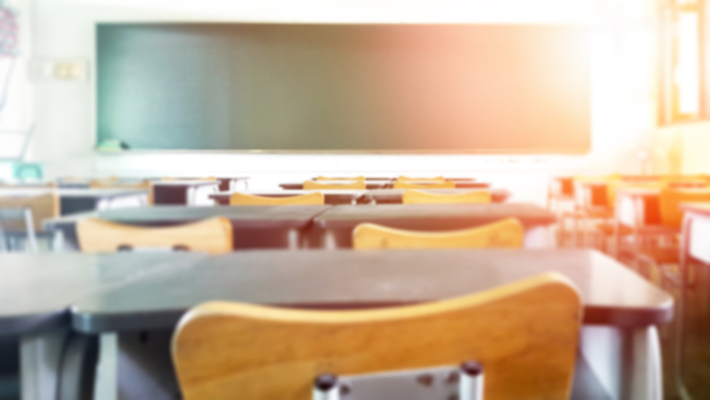 In November of 2021, I had learned of an administrative decision made by superintendent Richard Estes of Palestine/Wheatley public schools. This decision would greatly effect my daughter and other students as well. Out of fear, and with no logical or scientific reasoning, masks were imposed on all student athletes.

Two student athletes had contracted the Covid virus, and were now being accused of causing an outbreak in the schools. So all student athletes were forced to roam the halls of their school while other students were able to walk mask free, and breath fresh air.

As a father this infuriated me to see how these students were being blamed and being punished for something that was not their fault. These kids were being singled out and discriminated against. I called the school and asked who I needed to talk to about this situation. I was referred to the local school nurse for an explanation. I was told that sports was a privlege and that athletes were held to a higher standard.

I was not going to accept that answer and told her how ridiculous it was. On November 8, 2021, I went to my local school board meeting to bring up my concern about this issue, only to be told I could not speak because I was not on the agenda. The superintendent told me I could stop by his office and pick up a form to fill out to be added to the agenda.

On November 9, 2021, I went to his office to ask for a form where I was forced to wait 15 minutes just to pick up the form I was asking for. Finally the superintendent brought out the form for me, and then asked me if he could talk to me, and maybe address my concerns. I told him this could have been handled last night. He did not know that I already knew that the school principle had called my child into the office questioning her about mine and my wife's attendance at the meeting. She was asked why we were there and what I was upset about.

Mr. Estes begin to tell me it was a precautionary measure put into place so athletics could continue. I asked him what science was behind this and what proof he had that athletes were to blame for two cases of Covid. His answer was that the two students who had Covid had both been athletes. I asked him about the kids that attend these games as spectators, the parents who attend as well, not to mention the teachers and coaches. Would he mask them too since all of this was caused by sports? He had no logical answer.

I was quick to inform him that what he had done was against the law, and that I had already contacted an attorney. I informed Mr. Estes that he had singled out a specific group of children, and treated them differently. The law calls that discrimination. I could tell I had struck a nerve with him. He pointed out that I did not know if they were still enforcing that rule. So I asked him if he had told the school staff to stop it, and he replied "no."

"How are they suppose to know if you don't tell them to stop?" I wondered. He got on his phone right then, and told all employees to stop enforcing this rule.

I left that meeting that day still feeling unsatisfied with the outcome of the meeting. It bothered me that the school board had let him act like a tyrant, and treat our children this way. As a father I was not done trying to resolve this issue.

I asked him who we were supposed to talk to if we had a problem with him. I reminded him that the school board was his boss and that they were elected officials that represent the ones who elect them - the parents. At the end of the meeting I was told my concerns would be taken into consideration.

If I, as a father, will not stand up for my children, who will?

COS encourages self-governance in all walks of life. This includes vigilantly examining all that school boards impose on our children. As a self-governing parent, who believes decisions are best made as close to home as possible, this is my responsibility.

I always try to remember those men who on July 4, 1776, took a stand and said enough is enough, and signed their names to that sacred document. They all knew that it could bring death to them, but loved liberty and all that it stood for. Liberty is worth fighting for! I want my children and my grandchildren to know I did my part to preserve liberty.