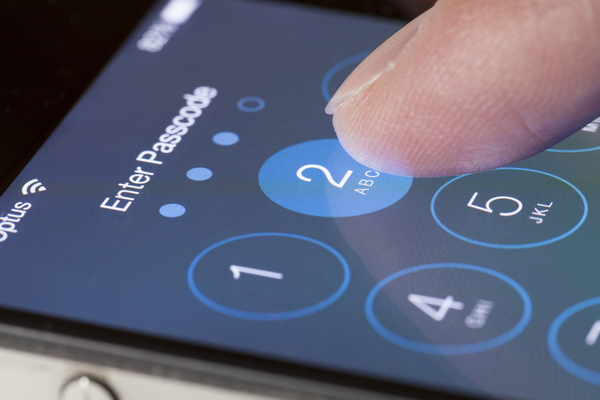 The judicial branch took another giant step toward tyranny on Tuesday when a federal court ordered Apple, a private company, to develop software that would undermine customer privacy and likely Apple’s own customer loyalty and trust. This case is an example of why a Convention of States is necessary now to stop the federal takeover of the decision-making process and unconstitutional legislating from the bench.

On Tuesday, a California federal judge ordered Apple to develop new technology that would hack the security software on the iPhone, allowing the FBI in this instance to access data on the San Bernardino shooter’s iPhone.

The judicial branch is consistently and increasingly operating on the assumption that it has the authority to completely disregard the balance of powers and proper legislative action. The California court cited the All Writs Act, 28 U.S.C. § 1651 (originally part of the Judiciary Act of 1789), which authorizes the U.S. federal courts to “issue all writs necessary or appropriate in aid of their respective jurisdictions and agreeable to the usages and principles of law.”

Apple wrote an open letter to its customers saying in part:

When the FBI has requested data that’s in our possession, we have provided it. Apple complies with valid subpoenas and search warrants, as we have in the San Bernardino case. We have also made Apple engineers available to advise the FBI, and we’ve offered our best ideas on a number of investigative options at their disposal.

We have great respect for the professionals at the FBI, and we believe their intentions are good. Up to this point, we have done everything that is both within our power and within the law to help them. But now the U.S. government has asked us for something we simply do not have, and something we consider too dangerous to create. They have asked us to build a backdoor to the iPhone.

This court order presents a number of huge concerns for federal overreach. The government has not contracted Apple to build a new tool—the court is demanding it, and without giving Apple the option to reject the request like it could if the government submitted a proposal to engage Apple’s services to build the tool. Courts routinely issue subpoenas for data in a company’s possession, but ordering Apple to act as a hacker and retrieve data only arguably constructively in their possession is an entirely different and unprecedented order.

The court is also redefining and reading into a law to suggest that the government has permission to demand virtually anything that it wants from private corporations, including surveillance and other uses clearly against Fourth Amendment protections and the U.S. Constitution.

When the federal government believes it can demand that a private corporation build a tool that not only has privacy implications on the end-user customer, but also would almost guarantee a loss in business to Apple and its customer loyalty, the federal government has overreached. As Apple’s letter states, there is no precedent for an American company to be forced to expose its customers to a risk of attack and security loss.

An Article V Convention of States is necessary to address this federal government mindset of tyranny and unilateral demands. We need to realize that the structure of decision-making matters and the Constitutional balance of power matters. Who decides what the law will be is just as important. Article 1 of the Constitution vests this power solely in Congress—not federal judges. The protection of liberty requires strict adherence to the principle that federal power and the power of each branch of government is limited.

Jenna Ellis, Esq., is an author, attorney, and professor of law at Colorado Christian University. She also serves as the Legislative Liaison for the Colorado Convention of States Project.