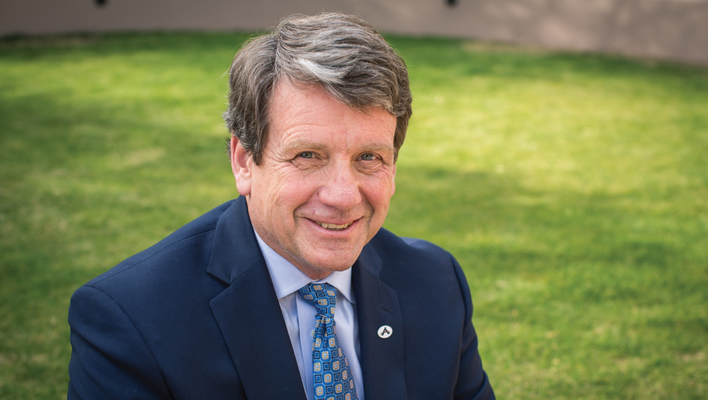 At the 1787 Constitutional Convention in Philadelphia, George Mason of Virginia insisted that there would come a day when the federal government would abuse the authority it was given under the Constitution. Mason therefore insisted that the States be given the power to propose amendments to the Constitution to rein in the Federal Government. Mason said that Congress would never propose amendments to restrict federal power. And he has been proven right.

Dick Black’s “Urgent” Appeal is false, deceptive, and demeaning to all Virginians.  Here’s why:

1. HE CREATES A FALSE IMPRESSION OF AN IMPENDING CHANGE TO THE CONSTITUTION.

Black claims that “Virginia will vote to change the Constitution of the United States in a few days.” This is a far cry from the reality both as to the timing and as to the scope of the Convention. Virginia is set to vote on whether to begin the process of considering the proposal of specific amendments to the Constitution. We are years away from making any amendments (34 states must first approve the call, the convention must be held, and 38 states must ratify any proposals coming out of the convention before any change is made to the Constitution.

Black claims that Virginia could be the “tipping point” to get to 34 states. This is based on the idea that many states have already called for a convention, and that adding Virginia to the list would bring us to the needed number.

This claim is demonstrably false and nothing better than a blatant attempt to incite panic.

Black’s assertion that Virginia could be the tipping point is based on the clearly erroneous assumption that Article V applications can never be rescinded.

The simple truth is that we are years away from voting on actual amendments to the Constitution. If these applications pass, Virginia will be the 4th state to call for a Convention of States to restrict federal power and the 25th state to call for a Balanced Budget Amendment. These applications can only trigger a convention where amendments will be debated, drafted, and then sent on to the states for ratification. They will“change” the Constitution only if ratified by 38 states.

2. LIBERAL ORGANIZATIONS CITED BY DICK BLACK ARE NOT “PUSHING FOR THIS.”

Black claims that George Soros, Code Pink, MoveOn.org, New Progressive Alliance and 100 other liberal groups “are pushing for this.”

None of these entities have endorsed or “pushed for” the Convention of States (HJ 497) or a Balanced Budget Amendment (HJ 499) in Virginia or any other state.

Dick Black’s source for this claim is a website operated by a group that is seeking an Article V convention for a wholly different purpose. This group seeks to repeal the Citizens United decision by the Supreme Court. The organization listed are endorsing the repeal of Citizens United. No organization with that movement has “pushed for” or endorsed either the Convention of States (HJ 497) or a Balanced Budget Amendment (HJ 499) in Virginia or any other state.

Black’s claim that these liberal organizations are “pushing for this”—referring to the bills slated to be voted on by the Virginia GeneralAssembly—is a blatant falsehood.

3. WE DO KNOW HOW DELEGATES ARE CHOSEN

Dick Black says that there is no law which states how delegates to the Convention are chosen. There was no such law in place in 1787 when Virginia chose its delegates to the Constitutional Convention. The legislature had the inherent power to appoint delegates — who represent Virginia — and it did so. The Virginia General Assembly has that same power today, and it comes from Virginia’s sovereign power and Article V of the Constitution.

4. THE CONVENTION WILL BE LIMITED TO PROPOSING AMENDMENTS THAT LIMIT THE POWER OF THE FEDERAL GOVERNMENT.

Black claims (citing a video by the John Birch Society) that a convention cannot be limited to the subjects identified in the state applications, but will necessarily throw open the entire constitution. In fact they claim that our original Constitution is invalid because it, too, was adopted by a “runaway convention.”

This argument has been thoroughly discredited.

Dick Black needs to explain why he is listening to and promoting these dangerous people, who have admitted that they will pursue secession if their “plans” for nullification are unsuccessful.

5. CONGRESS HAS NO CONTROL OVER THE CONVENTION ONCE IT IS TRIGGERED.

You can see from the text of Article V itself that Congress only has two duties with regard to the Convention mechanism. It aggregates the applications and “calls” the Convention once 34 states apply for a Convention to propose a certain type of amendments. Then it chooses between two specified methods of ratification for any amendment proposals that come out of the Convention—each of which requires 38 states to ratify.

The term “call” used in Article V is a legal term of art with regard to the Convention process. To “call” a Convention is not to control it, determine its rules or decide who represents the parties! Rather, to “call” a Convention is to announce the date, time and location for it to facilitate its occurrence. Virginia “called” the Constitutional Convention in 1787. But did it unilaterally determine the rules or select the delegates from other states? Of course not!

Some of the arguments made by Dick Black are matters of opinion, and as such, are not untruthful per se - even if they have been rejected by most legal scholars. But when he says that Virginia could be the “tipping point,” and when he says that George Soros and Moveon.org are“pushing for this,” he has spoken untruthfully about material facts.

If Black is not willing to play straight with the facts, then his opinions do not merit serious consideration.

The“questions” Black poses about the Article V Convention process have answers that are grounded in fact, history, and law. For him to suggest otherwise is to purposefully sow confusion and fear.

The conservatives who have endorsed this effort include:

Ken Cuccinelli, Mat Staver, Mark Levin, Glenn Beck, David Barton, Col. Allen West, Sen. Tom Coburn (ret.), and many others. These are the people who, in fact, are “pushing for this.”

Senator Dick Black, what is your plan to stop the abuse of power in Washington, D.C.?