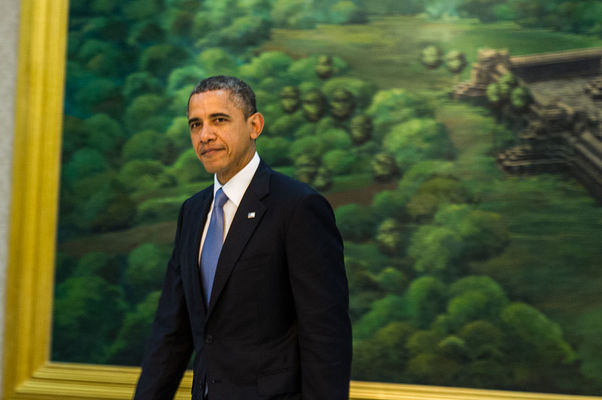 Prime Minister Netanyahu’s appearance before Congress highlighted the proposed agreement between the United States and Iran on nuclear power. Virtually all reports contend that these negotiations will lead to a “deal” or an “agreement.”

The Vienna Convention on the Law of Treaties uses a different term for the document which is being negotiated in Geneva. It is a treaty. Article 2 (1)(a) of the VCLT says: “‘Treaty’ means an international agreement concluded between States in written form and governed by international law.”

Within international law, the proposed agreement is a treaty.

The only difference between such documents is that treaties must be ratified by the United States Senate and executive agreements need only be signed by the President or the Secretary of State.

In other words, the State Department and White House use the executive agreement format to avoid the need for Senate ratification.

This is the international law equivalent of President Obama’s declaration that if Congress won’t act, he will—with his phone and his pen.

To be fair, Obama is not the only president to use these agreements. They have been popular for a very long time. But abuses of the Constitution are not justified merely because it is a practice of long standing.

The Senate and the Supreme Court are both complicit in this arrangement. Most in Washington, D.C. prefer the practice of enlarging international law in our nation without the messy necessity of opening such matters up to the will of the people. The people sometimes are inconvenient in their political opposition to treaties. Thus, it is better to avoid the conflict by this useful ruse.

There is only one way to stop this. The fifty American state legislatures have the ability to stop this practice dead in its tracks. We can call for a Convention of States under Article V of the Constitution to limit the power of the federal government. One important limitation would be—stopping the use of executive agreements to make international treaties.

The use of executive agreements allows one man to bind the people of the United States into a formal document that international law calls a treaty. Our Constitution says that treaties have to be ratified by the representatives of the people—the Senate.

We will never cure Washington DC from the inside. If we want to see presidents continue to turn their backs on our allies and the rights of the American people, then we should just remain in silent acquiescence. If we want to reinstate the mechanisms of a limited government, then we need to urge our state legislators to call a Convention of States.

This article was originally published on CNS News, here.