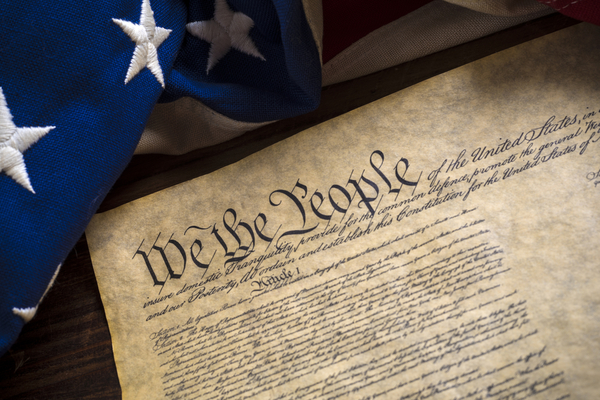 Ten states now have taken the first step toward limiting the power of the federal government.

Officials from Arizona, Massachusetts, Missouri, Montana, New Hampshire, New Jersey, North Dakota, South Carolina, Virginia and Wyoming have filed resolutions calling for a convention of states that would propose amendments to the U.S. Constitution with the express purpose of limiting the power and jurisdiction of the federal government.

Article V of the Constitution gives the states the power to call such a convention. The article reads, in part:

“The Congress, whenever two thirds of both houses shall deem it necessary, shall propose amendments to this Constitution, or, on the application of the legislatures of two thirds of the several states, shall call a convention for proposing amendments, which, in either case, shall be valid to all intents and purposes, as part of this Constitution, when ratified by the legislatures of three fourths of the several states, or by conventions in three fourths thereof, as the one or the other mode of ratification may be proposed by the Congress.”

Mark Meckler, president of Citizens for Self-Governance, co-founded CSG’s Convention of States Project, which is currently working to convince the necessary 34 state legislatures to pass bills calling for a convention of states.

As long as all of the applying states call for a convention to deal with the same issue, Congress must call the convention into session.

Meckler said that, in addition to the 10 states that have already filed, he expects another 15 to 20 states to file resolutions for a convention in the next few weeks.

“We will have legislation introduced in enough states to get to 34,” Meckler said.

He made it clear that filing a resolution is not enough; a state legislature must vote to pass it in order to make it official.

Editor's note: Officials in Nebraska have recently filed Convention of States legislation, bringing the total up to 11.