To every Montanan, who feels their rights and liberties being stripped away,

Featuring widely renowned Constitutional scholar, Professor Rob Natelson and Montana State Senator, Tom McGillvray, who will expound on Article V of the Constitution and how its second provision provides We the People a peaceful means in which to begin the restoration of our Constitutional Republic.

Why Article V and Why Now

Progressives aka: democratic socialists, Marxists or communists, have led a mostly unchecked and continuous attack on our constitutional system for over a century— many a candidate has run on the promise to fix DC, but they have had so little effect that the slogan now sounds naïve.

Since the progressives haven't experienced severe pushback from fellow federal officials, they have recently ramped their efforts into high gear— They have adopted Marx’s tactics of class warfare, riots and intimidation, while using the instrumentalities of the government as their political force, propaganda and funding.

We have come to realize that no one person or caucus, possesses the same force and energy that millions of American patriots do when uniting for the salvation of liberty— that is precisely why millions are uniting behind the Convention of States grassroots movement.

American citizens will not be silenced or wave a white flag to surrender this Constitutional Republic or their unalienable rights which it protects.

It is Time For A New Approach

It's time for Americans to take heed of Our Founding Fathers hard learned lessons. They put everything on the line for far more than mere words on parchment— What our Founders fought for was universal in breadth and divine in its elevation of humanity. The Declaration speaks of blessings that come from God; it proclaims the inclusion of every human being, past, present, and future— no nation is left out and no era of time is excluded. Our Constitution, in order to protect the Declaration's  self-evident truths, ascended to what still remains an unprecedented form of government. The system they constructed did not grant people rights and liberties, it protects those God given rights, from the  government, by restraining and limiting the few powers that we grant to the national government.

Our fathers were revolutionaries. Should we not be the same?

Finally a Man with a Plan!

Rob has dedicated much of his life to researching Article V and the amendment procedure enshrined in the Constitution; so as you can imagine, he is a wealth of knowledge and he is sharing that knowledge to empower the people of America— so they can effectively "Support & Defend" the Constitution of the United States.

Bring a friend or two and bring notepads because you will want to catch it all.

We the People can and should reclaim our birthright as the only fountain of power in our American Republic. 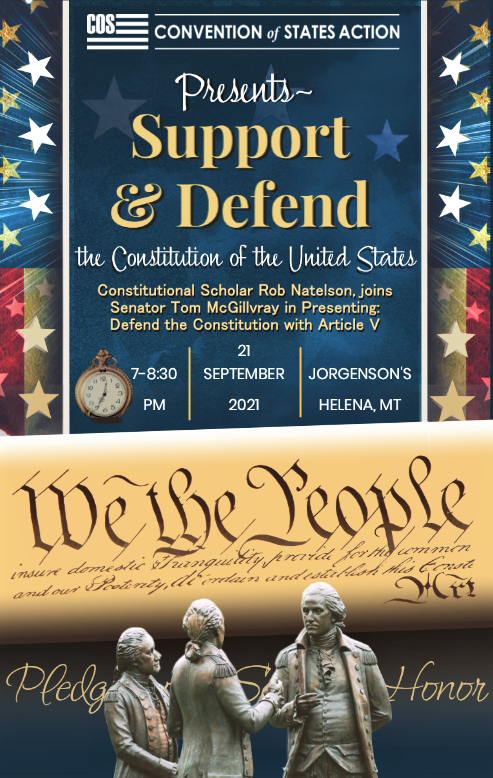 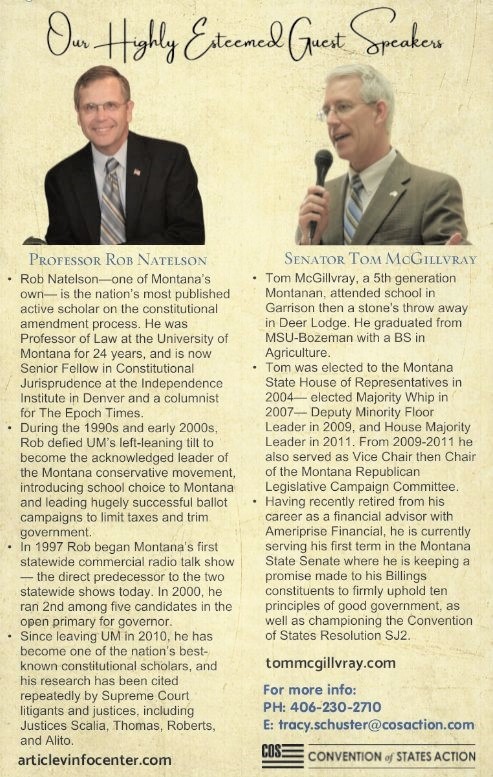