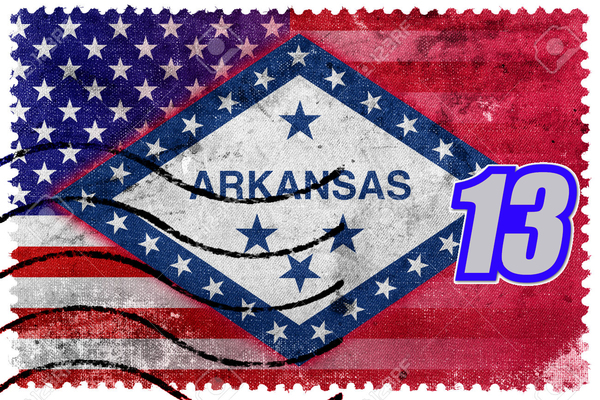 Every year The Annenberg Public Policy Center of the University of Pennsylvania conducts the Constitution Day Civics Survey. In 2017 only 26% of Americans could name the three branches of government.

Additionally, more than a third (37%) of the respondents can't name any of the rights guaranteed under the First Amendment. Even though the number of Americans that can name the three branches of government has increased to over fifty-percent, they are still woefully ignorant of how our form of government works as per the survey in 2021.

Popular legal scholar, Jonathan Turley, stated in a 2019 article that this ignorance of the American people in how our government and representative democracy works could open the door to tyranny. Due to the "woke" movement plaguing our political system and government, we are seeing the effects of this ignorance today .

To observe the 235th anniversary of the birth of our form of government, Convention of States Arkansas is proud to host a public reading of the U.S. Constitution and the Bill of Rights on Saturday, September 17, 2002, promptly at 11:00am, on the front steps of the historic Arkansas State Capitol, 500 Woodlane Street in Little Rock. Some of the Convention of States volunteers will be dressed in 18th century costume to make the event more memorable.

Arkansas is proud to have been the thirteenth state to pass the COS Resolution to call for an Article V amendment Convention of the States. We will have information about Convention of States, our movement, how you can become engaged, and petitions available for you to sign. We will also be passing out 100 pocket constitutions, so get there early to get your copy! For more information, call State Director, Jacque Martin at 501-366-0640.

Arkansas is Proud to be #13

"We are fortunate to vote for a resolution that provides a solution as big as the problem,” said State Rep. Austin McCollum, a primary sponsor along with Arkansas State Sen. Gary Stubblefield.

The Convention of States Platform

We always have a need for volunteers in Arkansas! We need a State Media Liaison, District Captains, Region Captains, State Content Writers, State Media Warriors, Videographers, and volunteers to help get legislation passed and make Arkansas the best it can be. Click here for a more complete list of positions.

The grassroots are the key to victory -- high numbers ensure success. So are you ready to talk to your friends about the Convention of States Project?

District Captains build the grassroots army by carrying out the following 3 tasks:

When an individual that lives in your House district signs the Convention of States petition, they will receive an email from the Follow-Up Team (FUT). As District Captain, you will receive a copy of that email. The name of that new individual will also show up on your district roster in the Citizen Builder tool. You will contact each new individual by telephone (usually 3 per week or less) and cover the following bases in your conversation:

Thank them for signing the COS petition!

Tell them about Cascade Calls and encourage them to contact their legislators about supporting COS legislation next spring.

Tell them that you will notify them of any COS events nearby or at the State Capitol and encourage them to attend when they are able.

Ask them if they would like to volunteer for COS and give them some examples of ways they could do that. Ask them what kind of skills and interests they have that might fit one of our volunteer options.

You will contact your Senator and Representative on a regular basis and encourage your volunteers to do the same.

For a state-wide event such as a rally at the State Capitol, you will assist the State Event Planner by publicizing the event to interested people living in your district. You might also help organize car pools for people who live in your district to facilitate their attendance. You would typically not have any responsibilities related to planning the event.

For a regional event such as a rally to be held at a larger city near you, you will assist the State Event Planner by publicizing the event to interested people living in your district. You might also help organize car pools for people who live in your district to facilitate their attendance. Depending on your proximity to the event location, your skill set and interest, and your available time; you may be asked to assist with event planning and scheduling as a helper. You would not play a leadership role in the planning.

Join our team as a District Captain!

Get involved today by reaching out to your state legislators. Don't know what to say?