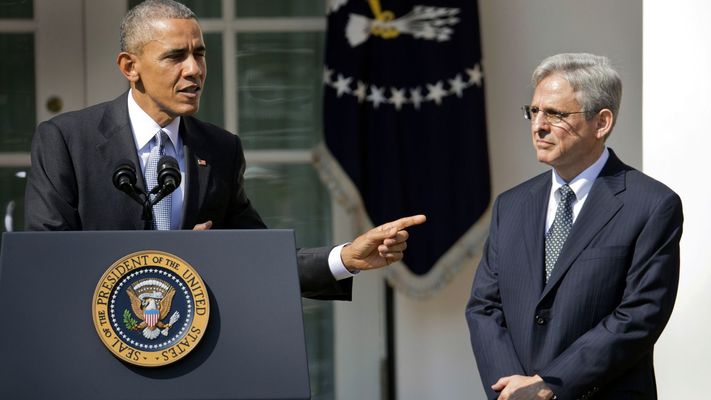 The Founders would be astonished that the Supreme Court had become such a major political institution.

But there can be no doubt that the Court now makes political decisions and is a political issue in and of itself.

What if the Constitution contained the following two amendments relative to the Supreme Court?

Any decision of the Supreme Court of the United States may be vacated by a vote of three-fifths of the state legislatures. Any decision so vacated shall be binding only on the immediate parties and have no precedential value in any other matter.

The membership of the Supreme Court shall consist of thirteen justices. Each justice shall serve a term of four years. No justice may serve more than one term. Justices shall be appointed by states in alphabetical order on a rotating basis. Each state shall determine the manner of appointing its own justice.

The first of these two amendments would give the political branches of state governments the ability to overturn political decisions by the unelected Supreme Court. And the second of these two amendments would ensure that the appointment of Supreme Court justices would be permanently removed from presidential politics. In fact, it would be removed from Washington, D.C., entirely, bringing a much better form of checks and balances between the states and the federal government. (There would need to be a second section of Amendment 2 to create the details of the state rotation system). Every state would appoint a justice for four out of every sixteen years.

Presidential elections focus on filling a small number of Supreme Court vacancies. A Convention of States can make permanent changes so that the Constitution is protected from an all-powerful group of nine DC-based lawyers.

Mike Farris is a Convention of States Project co-founder and constitutional lawyer. He has argued one case before the Supreme Court, eight cases before federal circuit courts, and the appellate courts of thirteen states.