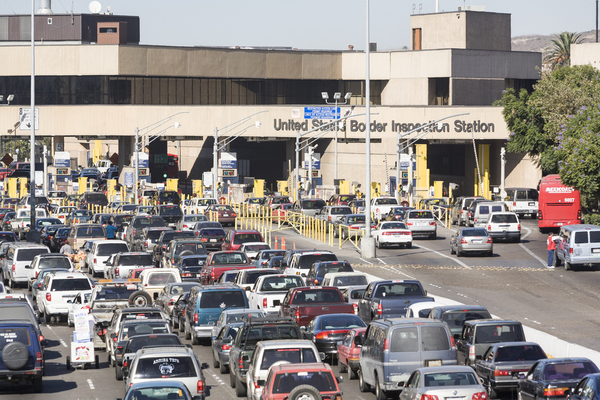 The Biden administration has thus far refused to respond appropriately to the crisis at the southern border.

Many point out that the Constitution requires the president to "take Care that the Laws be faithfully executed," which Biden has obviously failed to do.

But as Convention of States Senior Advisor Rob Natelson points out in an article for the Epoch Times, this isn't the strongest constitutional argument. Instead, we should look at another portion of the Constitution to justify our criticism of Biden's immigration policy: Article IV, Section 4, or the "Guarantee Clause."

“The United States shall guarantee to every State in this Union a Republican Form of Government, and shall protect each of them against Invasion; and on Application of the Legislature, or of the Executive (when the Legislature cannot be convened) against domestic Violence.”

As Natelson explains, the president has failed to protect the states from "invasion."

The Guarantee Clause’s second obligation is to protect states against invasion. The Founding-era record confirms that, as the Constitution uses the term, invasion does not mean an incursion by a pandemic or by killer bees. It means a human invasion from a foreign country.

Nowadays, we usually think of an invasion as a military operation. But the Constitution sometimes uses words differently than we do. To determine the Constitution’s true meaning, you often must examine Founding-era sources. For example, scholars and Supreme Court justices commonly consult 18th century dictionaries (pdf) for guidance on how to understand the Constitution’s words and phrases.

Those dictionaries tell us that invasion frequently referred to incursions other than military attacks. Thus, Nathan Bailey’s 1783 English dictionary described it as “a descent upon a country, an [sic] usurpation, or encroachment.” (Founding-era dictionaries usually separated alternative definitions by punctuation alone, rather than by numbers.) Bailey defined usurpation as “a taking wrongfully to one’s own use that which belongs to another.” No actual violence was necessary.

“Usurpation” and “encroachment” certainly describe what illegal immigrants are doing at the border.

Here’s the point: The current situation at the southern border—both massive and apparently coordinated—is an “invasion” as the Constitution uses the term. Biden’s failure to stop it is a violation of the Guarantee Clause.

An Article V Convention of States can address this dereliction of duty in several ways.

First, it could propose constitutional amendments that clarify the meaning of the word "invasion" to reflect the founding-era understanding. That way, it would be much more difficult for the president to ignore his duty under Article IV, and the states would have a clear-cut legal argument.

Second, and more importantly, a Convention of States can get the feds out of all the domestic issues that distract them from their actual duties under the Constitution.

Right now, the Biden administration wants to distract from the border crisis by focusing on their "Build Back Better" social welfare initiative. But after the states ratify amendments that limit federal power, none of these policies will be under the purview of the federal government.

Big-government politicians won't have the authority to legislate on education, the environment, energy, or the economy. They'll be forced to address only those topics found in the Constitution, which will include immigration and national defense.

A Convention of States can address many of our nation's most pressing problems. It's time we followed the Founders' lead and called one.