The Convention of States Missouri team had an information booth at the Manchester Homecoming Festival on a beautiful weekend recently. 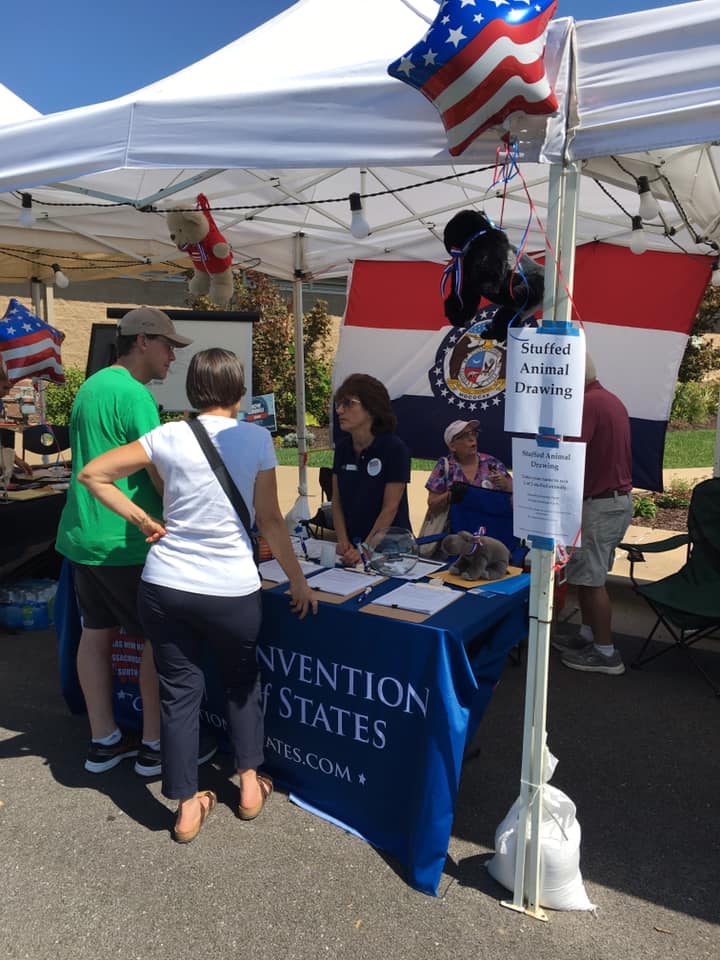 This year's festival ran from  September 6 to  September 8. Two organizers and nine other volunteers spread the word about Convention of States.

We had 26 people sign our petition to call a convention, and dozens more took information with them. We also had a few dogs on their way to the Doggie Pool Party take an interest in our booth, but they are not represented in Jefferson City.

We hope to see you there next year for fun times and fair weather.