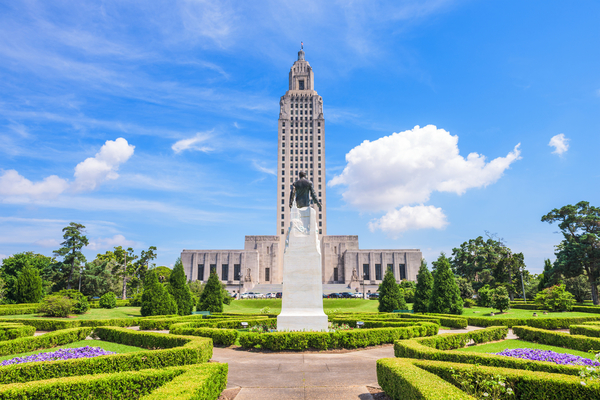 In the waning minutes of the Louisiana Legislature’s 2018 regular session on Friday evening, Louisiana legislators gave final passage to the Commissioner Selection resolution (HCR 4) offered by the Convention of States Louisiana team!

The resolution was authored by Rep. Mark Abraham (R-Lake Charles), who worked tirelessly in both the House and the Senate to explain, prod, push, and persuade legislators in a very contentious session.

In the Senate, the resolution was handled by Sen. Page Cortez (R-Lafayette), who also waltzed through the myriad of misunderstanding and rules in order to get the resolution to the Senate floor.

The COS Louisiana team helped write and support the resolution, which establishes rules that will apply to any convention of states called to propose amendments to the U.S. Constitution under Article V.

The resolution provides for the selection and authority of commissioners representing the state when a convention is called to propose amendments to the U.S. Constitution under Article V.

The commissioners from Louisiana cannot be federal government representatives, because no person will be eligible who is a member of Congress, an employee of the United States, or an employee or other representative of a contractor with the United Sates. Additionally, any Louisiana elected official holding a statewide elected office is not eligible to be a commissioner.

The resolution also provides for legislative control over the commissioners. The resolution specifically establishes “the duty to abide by instructions established by concurrent resolution of the legislature for participation in the convention.”

Prior to the convention, the legislature will, by concurrent resolution, provide written instructions to the commissioners and alternates regarding the scope of matters they may consider and vote on at the convention.

This resolution (and other similar resolutions already passed in several other states) means a runaway convention is impossible. The often-heard (and always-mistaken) criticism that commissioners to the convention will run off and repeal Bill of Rights protections or rewrite the Constitution are just wrong, and this resolution shows why. The commissioners will have no authority outside that given by the state legislature.

Louisiana passed the COS resolution calling for a convention in 2016 (SCR52 - 2016), so now Louisiana has completed two of the four steps to reeling in a runaway federal government. The third step will be the written instructions to the commissioners once the convention is called.

The fourth and final step will be ratification of any amendments proposed by the convention.