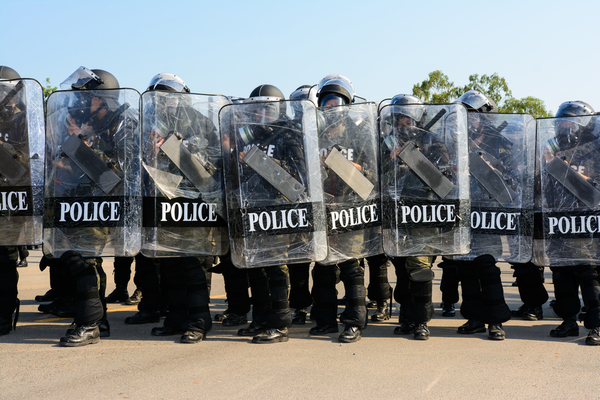 Across the country, major American cities are facing a wave of crime, rioting, and unrest.

Murders are skyrocketing in Chicago and New York. In 25 large American cities, the murder rate is up 16.1 percent in relation to last year, according to the New York Times. Rioters in Portland have promoted a response from the federal government, and President Trump has vowed to send federal agents into other cities experiencing unrest.

Clearly, our country is struggling with a "law and order" problem. Some Americans don't respect our nation's laws, and they're willing to break those laws for personal gain or political statement.

This problem deserves an immediate response from local, state, and federal officials, but there's a deeper problem at the heart of the American relationship to the law.

For decades, the highest law in the land has been ignored by the highest court in the land. The United States Supreme Court has warped the words of the Constitution to read into that document powers never imagined by the Founders.

They've used the Commerce Clause and the General Welfare Clause, for example, to justify federal jurisdiction over nearly every area of American life. They've ignored Article I of the Constitution to allow non-elected bureaucrats, rather than Congress, to create rules that have the power of law. And they've effectively eliminated the 10th Amendment by allowing the federal government to dictate state policy with unfunded mandates.

Murder and property destruction aren't equivalent to bad Supreme Court decisions, of course. Our justices don't deserve to go to jail for being activists. But if not even the Supreme Court has respect for the law, how can we expect average Americans to follow it? If the Supreme Court works to tear down the system the Founders envisioned, why shouldn't we expect the same from radical activists?

These amendments can restore the power of our founding document by reasserting our founding values: limited government, separation of powers, and accountability under the law. These amendments can also anticipate activist Supreme Court justices by clarifying the General Welfare and Commerce Clauses to prohibit linguistic gymnastics and progressive jurisprudence.

Our country still values the rule of laws, not men. That's why millions of Americans have joined the Convention of States Project, and it's why you should, too.