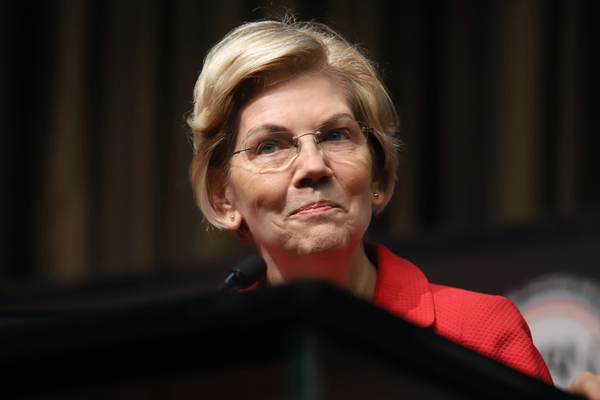 Democratic presidential candidate Sen. Elizabeth Warren on Wednesday released a plan to fight disinformation and to hold tech companies accountable for their actions in light of the 2016 election.

“Disinformation and online foreign interference erode our democracy, and Donald Trump has invited both,” Warren said in a Tweet Wednesday. “Anyone who seeks to challenge and defeat Donald Trump in the 2020 election must be fully prepared to take this on – and I’ve got a plan to do it.”

Warren proposed to combat disinformation by holding big tech companies like Facebook, Twitter and Google responsible for spreading misinformation designed to suppress voters from turning out.

“I will push for new laws that impose tough civil and criminal penalties for knowingly disseminating this kind of information, which has the explicit purpose of undermining the basic right to vote,” Warren said in a release.

The implied accusation in Senator Warren's plan is clear: the American people can't be trusted. American "rubes" and "deplorables" were tricked into voting for President Trump in 2016 by Russian trolls on Twitter, and the all-knowing officials in the government must put a stop to it.

In order to do that, they need to control what people post on social media. Senator Warren's plan is the first step. By levying criminal penalties against spreading "misinformation," they can control which information is "true" and which is "false" in the minds of the American people.

No matter which side of the aisle you're on, this should scare you. Free speech is a bedrock of our system of government, and when the feds start dictating which kinds of speech are acceptable, We the People must take note.

That's why millions of Americans have joined the Article V Convention of States movement. A Convention of States can propose constitutional amendments that limit the power and jurisdiction of the federal government. These amendments can dramatically shrink the regulatory state on which federal politicians rely to control the speech and actions of American citizens. They can get the feds out of healthcare, education, and a dozen other areas the Constitution gives them no authority to control.

At the end of the day, the most important question is: "Who decides?" Should you have the power to decide what to believe on social media? Or should those decisions be made for you by Big Brother in D.C?

For us, the answer is clear. And in order to protect that freedom, we must call a Convention of States. Sign the petition below to show your support!