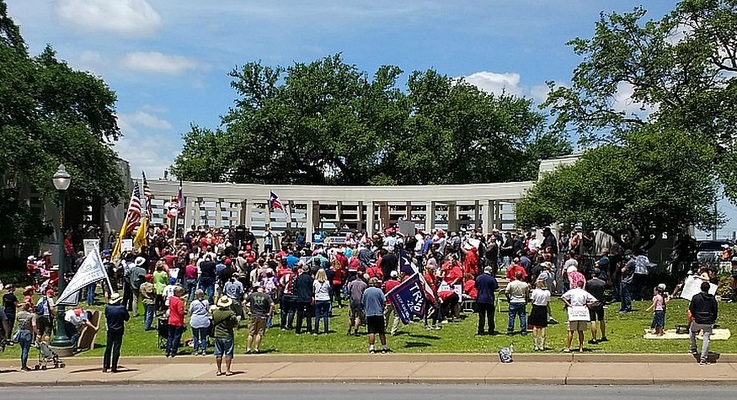 One of recent demonstrations against government overreach happened on Saturday, May 9. Several hundred patriots showed up at Dealey Plaza in Dallas to call on government officials to “Set Texas Free.”

Among those were Convention of States volunteers, who see the Open the States movement as a way to preserve our essential American liberties.

Col. Allen West, an endorser of COS, was a keynote speaker. He ended his inspirational talk by introducing Shelley Luther, the hair salon owner who has received national attention for her defiance of the shutdown orders.

Luther had opened her salon a week earlier than the regulations permitted. She was fined and spent two days in jail before Gov. Abbott intervened.

Dr. Ivette Lozano gave an eye-opening talk about her perspective on COVID-19 based on her medical practice. Particularly enlightening was her experience with the restrictions on the use of hydroxychloroquine imposed by the Texas State Pharmacy Board.

Another endorser of COS, David Barton of WallBuilders, talked about the constitutional principles that undergird the right of Americans to earn a living. He quoted Founding Father John Jay:

Every member of the State ought diligently to read and to study the constitution of his country, and teach the rising generation to be free. By knowing their rights, they will sooner perceive when they are violated, and be the better prepared to defend and assert them.

We live in a time when many Americans do not have a clear understanding of our constitutional rights and liberties and thus are unwilling to defend them in a time of crisis and uncertainty. 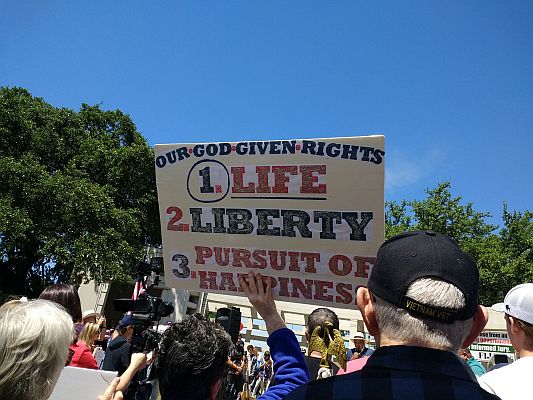 For this reason it is urgent for patriots and lovers of the Constitution to reassert those principles that have made our nation the freest and most prosperous in the history of the world.