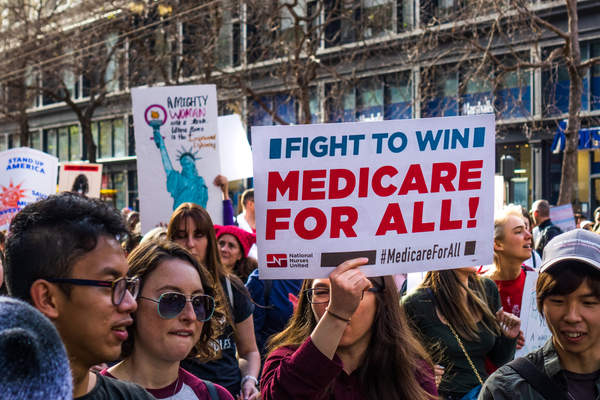 Today the House Rules Committee is holding a hearing to consider a proposal that would allow the federal government to take control of our nation's healthcare system.

Also known as "Medicare-for-all," the proposal would eliminate private insurance and force American taxpayers to pay for a nationalized healthcare system.

“Look, if I have a new treatment that I want to offer a patient, I have to do a randomized clinical trial. I have to show it's not going to kill too many people when I administer it. None of that is required with this. Just by congressional fiat, we are going to change the entirety of healthcare in this country,” he continued.

The fundamental problem with a nationalized healthcare system is not that the system won't be able to provide a sufficient level of care (it likely won't, but that's another issue). The problem with Medicare-for-all is that it strips the American people of their right to self-governance.

The Founders never imagined that the federal government would control industries as massive as our healthcare system -- or any industries at all.

They constructed a relatively weak centralized government to empower the states and the people to make decisions for themselves. They knew that families, local communities, and state governments are in the best position to make important decisions, so they tipped the balance of power in their favor.

Nationalized healthcare turns that system on its head. It forces the American people into a box prescribed by Washington, D.C., and destroys the decision-making power of every American family.

That's why we need to call an Article V Convention of States. A Convention of States can propose constitutional amendments that clarify the Founders' original vision. With these amendments in place (clarifications of the General Welfare Clause and the Commerce Clause), the feds will never again be able to propose a national takeover of any American industry.