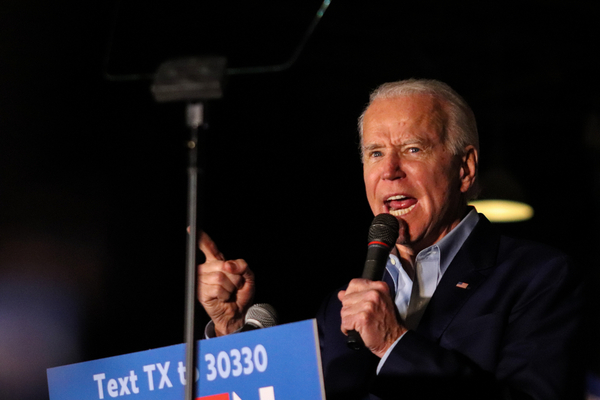 The following was originally published on SelfGovern.com. To get more articles from Mark Meckler straight to your inbox, click here.

Americans were rightly shocked and horrified to learn that the Federal Bureau of Investigation has been using counter-terrorism tactics to keep tabs on parents criticizing local school boards.

A whistleblower leaked documents to House Republicans revealing that agents have created a new tag, “EDUOFFICIALS,” to assign to any threats against school administrators, board members, staff or teachers.

While the FBI has yet to prosecute any parents for “terrorism,” that day is coming. Trust me. I know a thing or two about federal agencies being weaponized against a president’s political opponents.

When I helped launch the Tea Party movement in 2009, no one could have predicted it would become a driving force in national American politics.

The movement was composed of everyday Americans, like myself, who were sick and tired of federal overreach, corruption, and abuse. We knew we were part of something special, but we didn’t know we would sweep candidates to national office and launch a nationwide network of local patriots.

But that’s exactly what happened, and the Obama administration couldn’t stand it. The president and his deep state cronies sent IRS thugs to surveil us, audit us, leak our private documents to the media, and revoke our tax-exempt status. The IRS became little more than an enforcement wing of the Democratic party, responding swiftly to Democratic complaints and virtually ignoring Republican concerns.

Even the staff of the late Senator John McCain got in on the action. An explosive 2018 report revealed that McCain senior staffer, Henry Kerner, encouraged the IRS to target Tea Party groups to cause their financial ruin.

It was a terrible experience for many hardworking Americans trying to lead their local Tea Party groups. They didn’t know how to handle federal agents when they came knocking on their doors, and they were intimidated by official IRS letters threatening audits and tax status revocation.

Many took the understandable course in the face of an all-powerful federal government: they backed down. They submitted to IRS demands or disbanded their groups.

But not everyone. Some fought back.

Courageous patriots joined a lawsuit against the IRS funded and organized by Citizens for Self-Governance. In 2017, that lawsuit was successful. The federal government admitted they targeted these patriotic Americans and agreed to settle the class-action lawsuit in Ohio and a Tea Party challenge in the District of Columbia.

This result was anything but certain. Washington, D.C., has enormous power, and when politicians weaponize federal agencies against a specific group of Americans, they usually win.

I don’t know whether Joe Biden will back down, but I doubt it. He’s in the pocket of the teacher’s unions and school boards, and when they say jump, he asks, “How high?”

He’ll have his work cut out for him. The all-powerful federal government is about to hit the brick wall of American parents, and I can’t say the president’s odds are good.

During my years leading the Tea Party, I learned how easily a president can use his agencies to target innocent Americans, but I also learned how courageous the American people can be. These patriots won’t allow themselves to be walked on by Biden’s FBI, and I can’t wait to support them in their fight.

Want to do something about federal tyranny right now? Sign the Convention of States Petition below and we'll send a copy directly to your legislators.