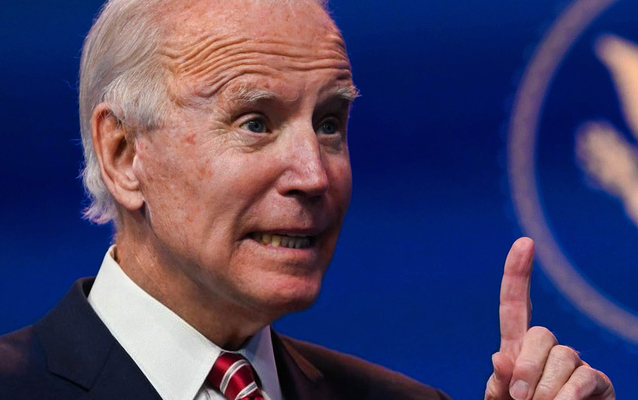 President Joe Biden talked a big game when he took office about cracking down on the revolving door between lobbyists and government officials.

Biden vowed to shut this revolving door, but a new report from the Daily Wire reveals that there are major gaps in the firewall. At least eight officials have received "ethics waivers" that allow them to work in government positions even though they recently worked for lobbying firms. The move casts doubt on the impartialness of these officials and raises serious conflict-of-interest concerns.

We could go on, but you get the idea. The Biden administration has no interest in shutting the door between special interests and the federal government. Throughout the administration, officials work in dual roles crafting policy that affects all Americans while lobbying for their preferred special interest. They'll never admit it, of course, but make no mistake: that's exactly what's happening.

Corruption will always be a part of human government, but the Founders of our country instituted checks and balances to ensure that corruption wouldn't destroy our nation. That system is all but broken in Washington, but our Founders left us another recourse: an Article V Convention of States.

With these reforms in place, corporate and union lobbies will have much less incentive to corruptly influence our national officials. Washington won't be able to help them, so these lobbyists will have no reason to pursue government positions (or vice versa).

This solution is consistent with the vision of the Founders. They understand that human officials would always pursue greater power, and that power tends to corrupt. Rather than try to find the perfect, most virtuous politicians, the Founders instituted a system that keeps corrupt power in check. Article V is a key part of that system of checks and balances, and it's time we used it.

To join the Convention of States movement and encourage your state legislators to support the Founders' solution to federal corruption, sign the petition below!