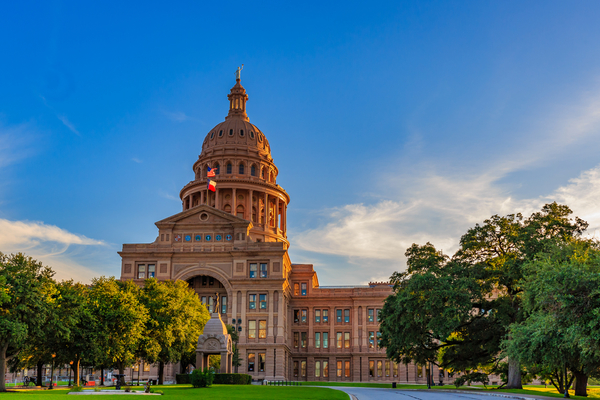 Article V provides two methods to propose constitutional amendments—one controlled by Congress and one controlled by the state legislatures. In the last two years, there has been a significant renewal of interest in employing the state-based method for proposing amendments to the Constitution. This newfound interest in Article V arises largely from the belief that the Congress will never propose amendments that impose meaningful restrictions on federal power.

The COS Project was launched in the fall of 2013, and in its first year secured passage of a formal application from the legislatures of Georgia, Florida, and Alaska.

The BBA project has been underway for over forty years and has secured a variety of applications in a great number of states. However, determining the current number of states that have a valid, pending BBA application presents a challenge. Two issues make counting difficult. First, there is significant variance among the language of the various BBA applications, which raises potential problems with aggregation. Second, many states have rescinded their prior BBA applications. We will discuss these legal issues below in Section 4.

The COS Project is working to pass applications with identical operative language in 34 states. This ensures that no issues of aggregation can arise. Moreover, no states have rescinded a COS application.

There are at least five significant reasons why a state legislature should adopt a COS application even if it has already adopted a valid BBA application.

1. There is no rule against a state passing two or more applications.

This historical practice reflects common sense. There may be multiple issues that states want to see addressed through a constitutional amendment. And the process of building a coalition of 34 states is sufficiently daunting that the states see the wisdom in supporting multiple efforts that use varying approaches to accomplish their goals.

2. Only the COS application seeks to restore federalism.

The BBA seeks to prohibit the federal government from taking the nation even deeper into debt. This is, of course, a worthy goal, and one that COS supports. However, we also seek to address the root cause of the problem. The root cause of debt is excessive federal spending. And the cause of excessive spending is, at least in significant part, entitlement and other domestic programs that are within the exclusive jurisdiction of the states under the original meaning of the Constitution.

By 2020, 89% of the federal budget will need to be devoted to just four items: interest on the national debt, Medicare, Medicaid, and Social Security. This is untenable and leaves our nation’s infrastructure and defense at great risk. A BBA alone will not cure this problem. We must restrict Congress’ virtually unlimited power to spend.

In the Obamacare decision, Chief Justice Roberts’ majority ruling held that there is no constitutional limitation on the power of Congress to tax and spend. This is the core problem. And, we must fix it. This means a return to the states of exclusive jurisdiction for several areas of government expenditure.

Not only has Congress invaded the province of the states with regard to domestic spending, it has increasingly taken charge of state governments by means of conditional federal grants. Congress coerces the states to do its bidding by taking money from taxpayers (current or future), and then offering federal funding for mandated programs.

This leaves the state legislatures in the structural position of being unable to achieve their central mission—representing the voters of their own states. Rather, state legislators are effectively required to do the will of Congress. This is a clear violation of the principles of a Republican form of government.

Regaining true federalism is not just a matter of insisting on adherence to the original meaning of the Constitution. If freedom is to survive, we must return to the structural designs of a robust federalism, with a truly limited federal government. Only the COS seeks to address this core issue.

3. There are other structural issues with the federal government that require immediate attention.

Article I, Section 1 of the Constitution commands that all federal laws must be made by Congress. But the Executive Branch, through both executive orders and bureaucratic regulations, makes an ever-escalating percentage of the federal laws that are crippling our economy. This problem is persistent regardless of which political party controls the White House.

The Supreme Court has, on approximately thirty occasions, acknowledged that the only limitation on its power is the Court’s own sense of self-restraint. We must apply appropriate checks and balances to the Supreme Court.

The chief reasons for the growth of the federal government involve misuse of the General Welfare Clause and the Commerce Clause. Both of these need to be returned to their original meaning.

We need to have a serious discussion on the issue of term limits for members of Congress and the federal judiciary. (For example, federal judges could be limited to one eight-year term without reappointment. A single term would continue to guarantee judicial independence without creating a sense of permanent judicial supremacy.)

4. The COS Project avoids legal issues presented by the BBA which will likely result in lengthy delays.

At one time or another, 34 state legislatures have applied for a BBA convention. However, 10 of these applications have since been rescinded. Moreover, there is considerable variation in the language of BBA applications. Consider some examples:

The 2014 application from Ohio calls for a convention limited to “proposing an amendment to the United States Constitution requiring that in the absence of a national emergency the total of all federal appropriations made by the Congress for any fiscal year may not exceed the total of all estimated federal revenues for that fiscal year, together with any related and appropriate fiscal restraints.”

On the other hand, the current Maryland application calls for a convention to propose a specific amendment, providing that “The total of all Federal appropriations made by the Congress for any fiscal year may not exceed the total of the estimated Federal revenues for that fiscal year, excluding any revenues derived from borrowing; and this prohibition extends to all Federal appropriations and all estimated Federal revenues, excluding any revenues derived from borrowing.” It goes on to specify circumstances under which the requirement could be suspended.

Mississippi’s application also calls for the proposal of a specifically-worded amendment, but its language is different from Maryland’s proposal. Mississippi’s language would prohibit congressional appropriations that would exceed revenues in a given fiscal year, but also requires that the national debt be repaid within a specified timeline at a specified rate, etc.

Still other states’ resolutions for a BBA demonstrate additional variations on the theme.

This raises a very serious concern about aggregation. While Congress has a very limited role in the state-initiated process of proposing amendments, legislative practice and the text of Article V suggest that Congress determines when 34 states have applied for a convention on the same subject.

The reality is that if the state applications are not uniform or essentially uniform (as to their operative language), Congress will be entitled to make a political judgment about whether the applications should be aggregated. If there is a simple majority in both houses of Congress that favor an Article V Convention to consider a BBA, then Congress will likely grant a great deal of latitude on the issue of aggregation. However, if a majority of either house of Congress is opposed to either the idea of a Balanced Budget Amendment or the convening of an Article V Convention in general, Congress would “interpret” the applications very narrowly and conclude that 34 states have not applied for a convention on the same subject.

Regardless of which way the vote goes, litigation will certainly follow to test the question of aggregation. And while good substantive arguments can be made to bolster the notion that aggregation should be broadly accepted rather than narrowly confined, the courts would likely avoid deciding this question.

In fact, it is very likely that the Supreme Court will take the position that the question of aggregation is a political question whenever the state applications are not identical or essentially identical as to their operative language.

Litigation on this point would add two to four years to the process of calling a BBA convention, because the legal issues will be viewed as important and sufficiently close to merit full consideration.

In short, litigation will prolong the process, and whatever Congress decides on the BBA aggregation issue is likely to be affirmed in the courts.

The Convention of States Project avoids this problem altogether. Our strategy is for 34 states to commit to adopting our model language for the operative portion of their applications, thus precluding any legitimate question about aggregation. Congress will have no cause to make a political judgment, and the courts will enforce the direct language of Article V forcefully upon such facts.

5. Our nation doesn’t have time to wait and see what will happen with a BBA before it tackles the issues raised by the COS.

The problems our nation faces are complex and urgent. If we are going to preserve liberty, restore self-governance and prevent an economic collapse, we must act promptly.

Under the best case scenario for the BBA, sufficient applications will be amassed in 2016. If we add just two years for litigation, we will be at 2018 before a convention could be held. Then there will be the ratification fight that will surely last until 2020.

The critical issues that we can address through COS cannot safely be delayed until 2020.

Since there is no barrier to prevent a state from passing both a BBA and COS, there is every reason to proceed with both applications as quickly as possible in as many states as possible.

Click here to download a PDF version of this article as well as a helpful chart describing each state's Article V application.