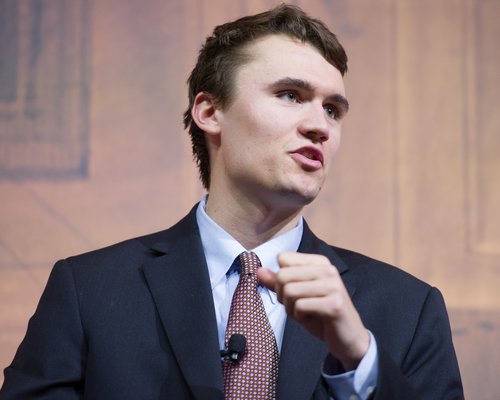 If you haven't heard of Charlie Kirk yet, you will.

Kirk is the Founder and Executive Director of Turning Point USA, a national student movement dedicated to identifying, organizing, and empowering young people to promote the principles of free markets, and limited government. It's the largest conservative campus movement in the country.

In an effort to educate younger generations about the power they wield in Article V, Kirk recently voiced his support for the Convention of States Project:

“The Founding Fathers gave us a foolproof way to rein in an over-reaching federal government in Article V. If young conservatives want to take back our country, they will join me in supporting the Convention of States Project,” said Kirk. “A convention of states is the only constitutional way to limit the power and jurisdiction of the federal government, and anyone who wants to give power back to the people will support this growing movement.”

Since the inception of Turning Point USA on June 5th of 2012, Kirk has grown Turning Point USA from nothing to having representation on over 1,200 high school and college campuses nationwide and over 150 full time staff. At 25 years old, he has appeared on Fox News, CNBC, and FOX Business News over 200 times. He is also a best-selling author, was the youngest speaker at the 2016 Republican National Convention, and a proud eagle scout.

Click the blue button below to join Kirk and voice your support for the Convention of States Project!